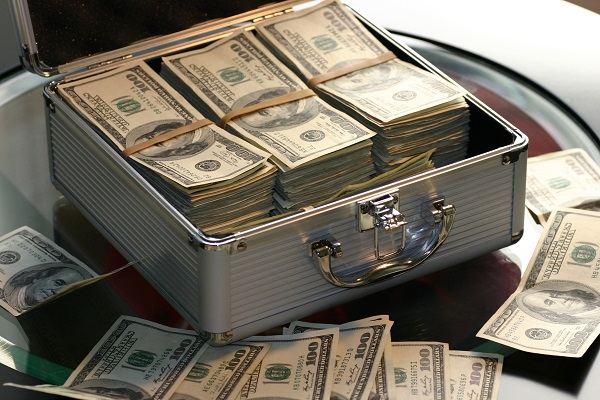 Widely anticipated for being the first star-studded Hollywood film featuring an all Asian cast, Crazy Rich Asians smashed the Singapore box office in its first week with SG$2.5m. Based on the best-selling novel by Kevin Kwan, the romantic comedy sheds light on the opulent lifestyle and familial drama of Asia’s fabulously wealthy through the love story of Nick – the Singaporean heir to a massive fortune – and Rachel, the Chinese-American woman he’s in love with and whom he brings home to meet his family and friends.

While most of us may not know what it’s like to be “crazy rich”, there are some highly relatable corporate lessons the chart-topping blockbuster has to offer:

Surround yourself with people you can count on

From Nick’s disapproving mother to the socialites who wrongfully brand her as  a “gold digger”, Rachel faces much adversity when she’s introduced to Nick’s family and friends. Luckily, she has support system of people she trusts who help her overcome the rumours and judgement and prove herself worthy. As with matters of the heart, work is never a one-man show, which his is why having a strong network of industry peers can come in handy during your time of need – especially in new and unfamiliar environments.

But support is a two-way street – just like Astrid and Rachel being there for each other when their relationships start to teeter, you need to not only be open to receiving help and support, but offer it as well.

As an economics professor at NYU specialising in game theory, Rachel took lessons her workplace and applied them to her personal life. In a memorable scene set at a  mahjong parlour, Rachel faces Nick’s mother and proves to her that she not only deserves Nick’s love, but the respect of the rest of the family, too.

In business, negotiations require honesty and compromise, incl and the key is in finding the middleground that all parties can agree upon. This is where Rachel’s carefully calculated moves and understanding of what each party ultimately wanted helped to strengthen her position and ultimately get what she wanted.

In addition to being a shrewd investor, Astrid also has a big heart. Afraid of how her success will make her husband feel, she hides her lavish purchases from him. But after learning staggering information about her husband, , Astrid finally embraces her success and comes to terms with the fact that it was not okay to downplay her accomplishments just to bolster someone else’s sense of self-worth.

Celebrating successes and the hard work that has been put in to achieve them should not be discounted. Though it’s also important to be humble, we can all agree that it should never come at the expense of undermining your abilities.

Upon realising that he might lose the love of his life, Nick was ready to walk away from his family’s fortune just to be with Rachel. He knew that there  some things money can’t buy, and that his happiness was with her, not with numbers in a bank account Though earning a living is one of the  core motivations for most of us in our careers, a job worth pursuing is not based solely on the salary, but also passion.

The next time your judgement becomes clouded with monetary incentives during a job search, take a step back to consider if the job is really worth the paycheck.

These B-town Celebs will Surprise You with Their Education

The frog and the TV tower!